This year the annual Harley-Davidson Super Rally was held at Klaipeda’s air squadron from 9 till 13 of June.
Every year this event is organized in a different European country. This year the honor was given to Lithuania. For the first time such kind of rally was held in Eastern Europe. About 6000 people took part in this event.
JSC “Forteza” also made a contribution to this Super Rally. Our company was entrusted to install a perimeter security system on the fence around rally’s area. This project was one of the largest projects for our team, where the temporary area protection was used.
The system used for this event was an autonomous and operated from the accumulators. In case of illegal crossing of the fence, security officers received alarms in the form of SMS messages.
We successfully completed the task given to our company. The whole system was mounted in a short time; it operated effectively and facilitated the work of security officers when they carried out the protection of the territory.
With the help of our perimeter security system the participants of the Super Rally could feel safe and not fear for their property. 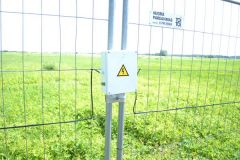 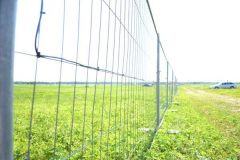 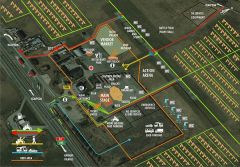